During the 90's, it was a violent time growing up in Phoenix and Salt River. Myself, I grew up in fighting, getting jumped, being shot at etc. I used graffiti to the best of my ability as a way to escape. Unfortunately back then, a lot of the time you could not escape the tensions and had to survive one way or another.

It was being the oldest sibling of several that I knew I never wanted my brothers or sisters to experience what I did. Probably the reason why even at the age of 18 I chose to start sharing and teaching youth.

For the last 15 years Ive been to numerous Native communities and reservations across the country, including Sacaton/Gila River, San Carlos AZ(Apache), Window Rock AZ/Navajo Nation, Camp Verde/Yavapai-Apache Nation, Lac Du Flambeau WI/Ojibwe, Ute Mountain/Colorado as well as several public schools in the surrounding Phoenix area and workshops at community centers in neighborhoods such as Dupavilla Projects/East Lake Park. I have attempted to share and pass on inspiration and knowledge to the generations who will carry on our legacies. About 5 years ago I realized that I had been to several reservations in Arizona to do youth art workshops etc. But I had never really had an opportunity to work in the community of Salt River where I grew up.

After a long battle of dealing with Salt River's bureaucracy, something that seems to always be a thorn in everyone's ass, I found a small handful of people in the right places who were willing to collaborate and were open to hearing ideas about a possible alternative program for youth at risk.

This summer myself and my brother from another mother, Dwayne Manuel, were fortunate enough to be granted to lead a 12 week art project involving youth from our own community.

It is imperative to pass on life skills and resources to our young people. They are the ones who are going to carry on and continue the cycle of cultural survival and ensure our existence into the future...not just as O'odham or Native people...but as human beings. 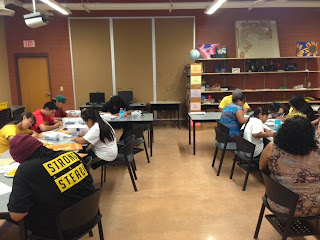 In the class room 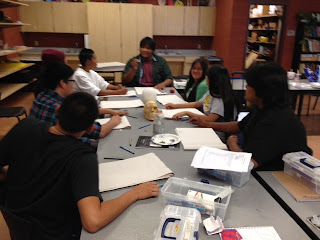 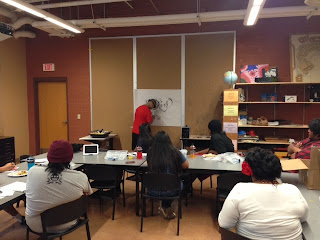 Angel Diaz as our special guest presenter..doing an airbrush and calligraphy and typography workshop. 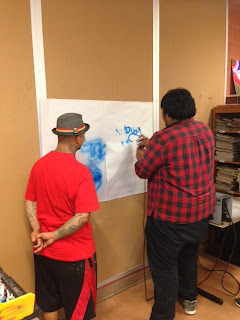 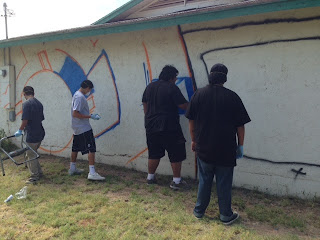 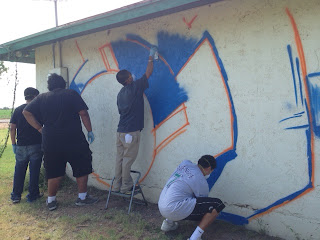 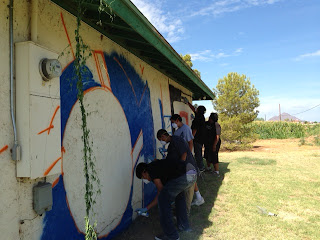 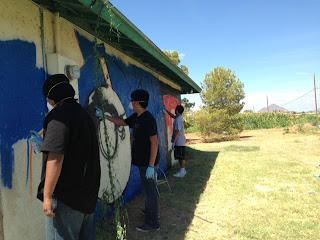 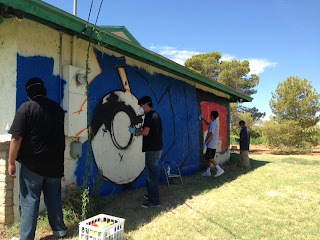 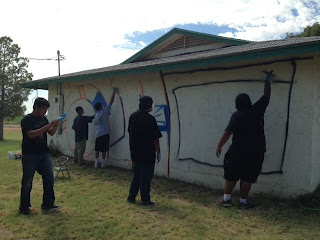 This was the start of the final community project. Ideas and concepts created by the students themselves. 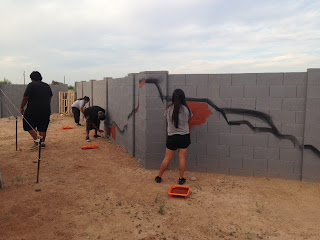 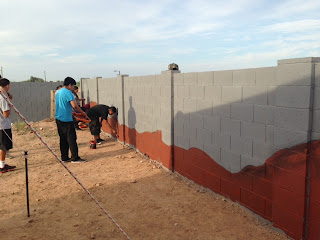 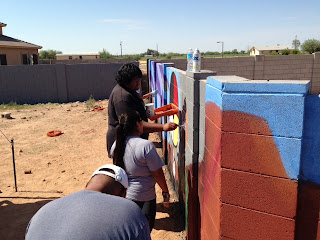 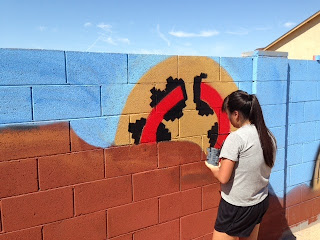 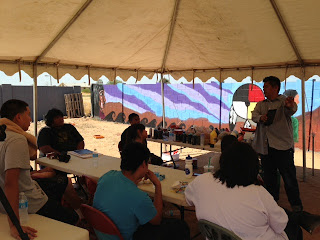 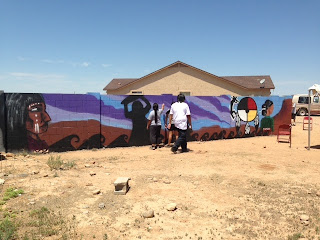 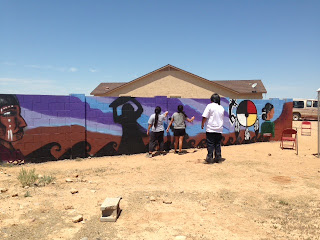 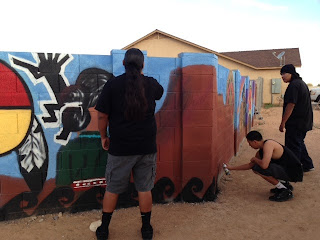 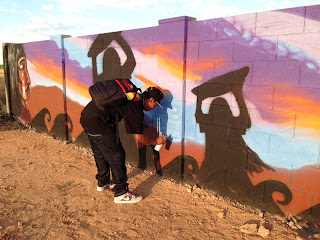 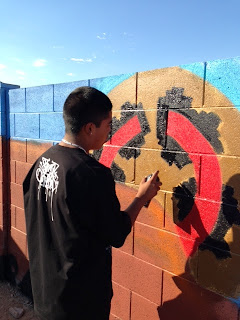 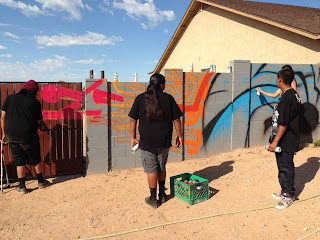 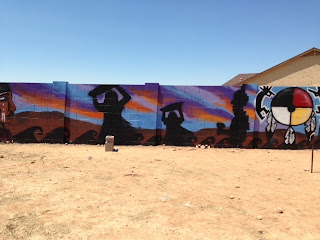