"A day in the barrio"

From early March until about the end of May....Myself, Lalo Cota, Pablo Luna, Angel Diaz and Gennaro Garcia were working on this 27ft x 6ft mural on canvas. Barrio Cafe opened a new restaurant (today: June19th) inside Terminal 4 of Phoenix Sky Harbor Airport, and the 5 of us were commissioned to collaborate on this awesome piece.

The street scene reflects the surrounding area near the original Barrio Cafe on 16th. We even added our Por Vida Gallery into the mural which sits next to the original restaurant as well. The mural also has some iconic Phoenix imagery such as South Mountain and the South Mountain towers, Camelback Mountain, the downtown skyline(inside the "Phoenix" postcard lettering) and of course desert landscape and plants along with a multi colored "Arizona" sunset. 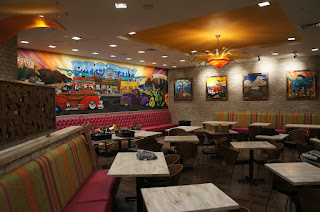 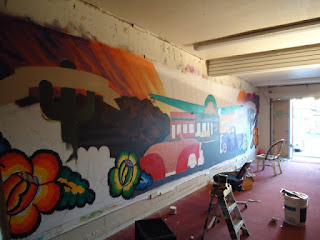 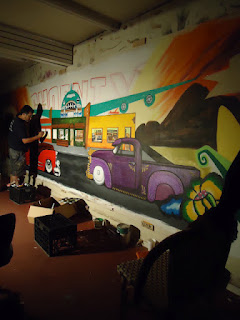 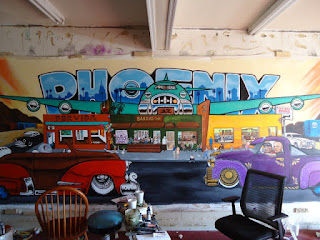 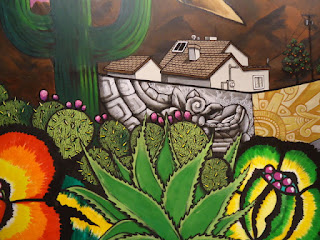 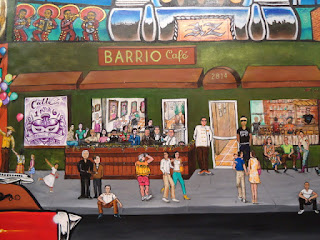 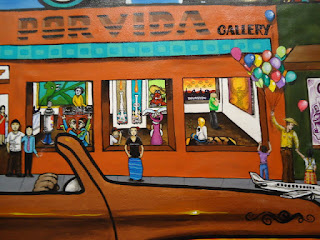 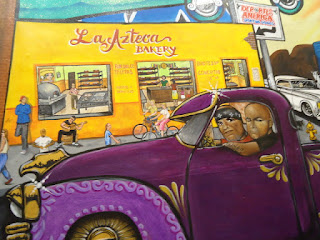 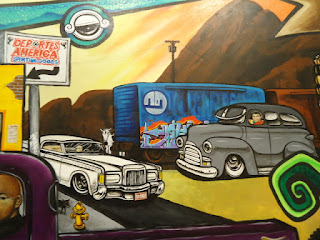 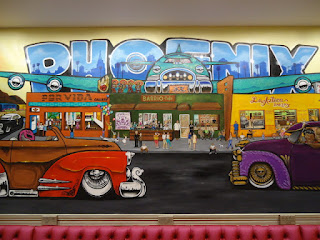 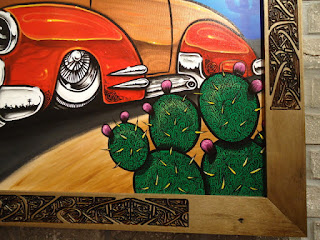 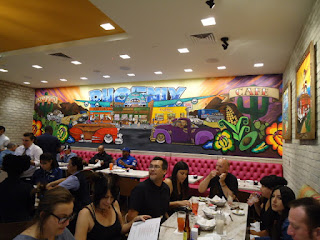 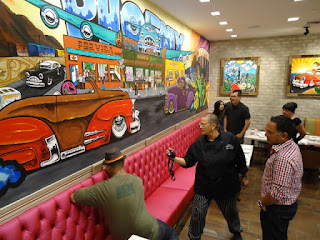