A new co-lab on 16th st for me n Lalo Cota.
This time the new piece is in the parking lot of Barrio Cafe-2814 North 16th Street
Phoenix, AZ.
The existing murals behind and around Barrio Cafe are apart of the Calle 16 mural project and painted by other local Phoenician Muralists such as El Moises, Dose, Hugo Medina, Genaro Garcia, Enuf and others.
Lalo was working on two separate murals, one right behind the other, when I came in to work on his large female character with day of the dead themed face paint. 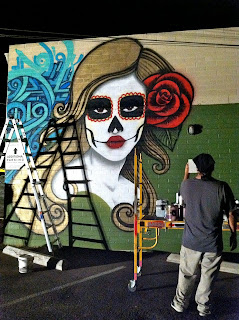 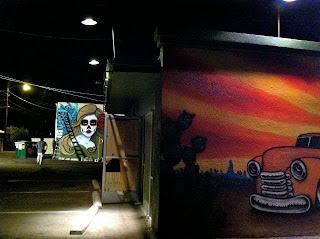 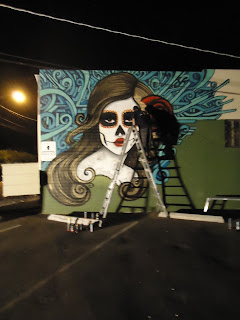 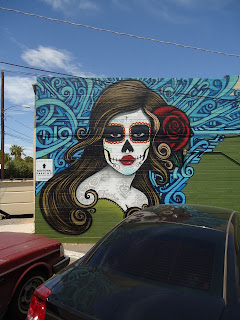 after two nights of work and with the last night working till almost 5am. 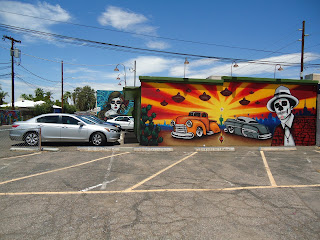 A peak at Lalo Cota's other mural in front of the new collaborative.