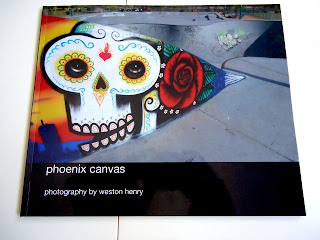 There are many people in the valley who have an appreciation for public art. Im finding out lately that there are quite a few people who genuinely like and appreciate graffiti on the streets as well. There seems to be a fascination and even an obsession with documenting new and current works including graffiti art, community mural art, etc. and not just by the artists themselves or local authorities(in illegal graffiti cases).


Local gallery owner Weston Henry, recently opened up a funky boutique style gallery just off of roosevelt row called Cade Gallery.
Weston is also a photographer, and as he puts it, "A trip back from Albuquerque motivated me to start shooting" and now Weston has documented and published portions of Phoenix's local public wall art, mural and graffiti movements in this new book titled "Phoenix Canvas". 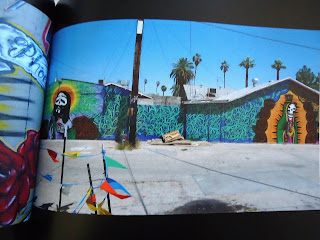 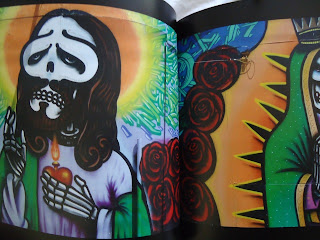 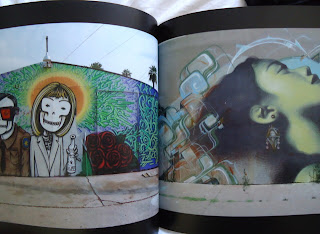 
It features some of the most recognizable local works of outdoor art, painted by some of Phoenix's finest Artists, Muralists and Graffiti Writers such as El Mac, Sinek, Pablo Luna, El Moises, Dose, Rank, Kel along with crews TAF, CON,EMT and more . It even shows the progression of Lalo and I's mural behind Jobot(formerly HoodRide) and the Lost Leaf, where at some point some dickless fuck wrote over a small part of the mural, which Lalo fixed later by changing the Jesus face to Arizona's most notorious village idiots, Jan Brewer and Joe Arpaio.

Big thanks to Weston for publishing the 5th street alley mural. If you notice in the background of Lalo's cover piece, you can see of small piece of the Skate Bowl at Desert West Skate Park before we painted the entire bowl back in April.